IMG proudly promotes John A. Paglia III to president – the third generation of the Paglia name to earn such a title. 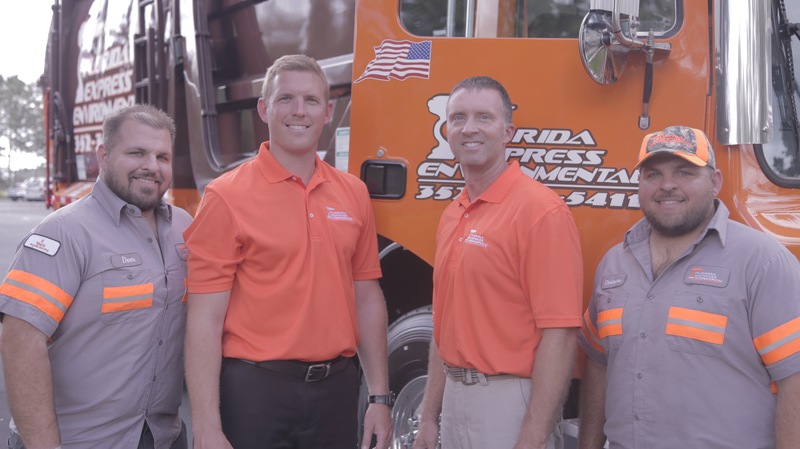 Serving as an industry leader for nearly a decade, Paglia was raised with the attitude of service, humility and hard work – that’s why he dedicated himself to learning the ropes of the waste and recycling industry from the ground up. From his earliest memories of riding in a front loader in a car seat in the early 1990s to growing up getting his hands dirty in whatever position he could, Paglia actively committed himself to positions at United Sanitation, Sunstar Transport, Florida Express Shavings, Southside Material Recycling Facility Landfill, United American Recycling and Florida Express Environmental. Paglia worked hands-on in every sector of the business, eventually earning himself the position of general manager of Florida Express Environmental in 2013.

Because of his years of loyalty and leadership, Paglia plans to take his legacy of increasing revenue, increasing driver retention, improving safety records, and spearheading automation services into this paramount new role. Parallel to IMG’s overall mission and vision, Paglia’s presidency will mean a continued growth of dedication to exceptional customer service and unmatched environmental responsibility.

Driven by a belief in servant leadership, Paglia served on many leadership councils for FCA, NCAA, and Charleston Southern University from 2007-2011. Following his record-breaking football career at Charleston Southern, Paglia graduated with a business management degree in 2011. Paglia continues to cultivate his passion for business leadership, innovation and education through his memberships in the National Waste and Recycling Association, Legislative Affairs Committee for Florida, National Interstate Insurance Corporation and the Future Industry Leader Association (FILA). He also serves on the substance abuse center board for “The Centers.” Beginning in 2015 and continuing to today, Paglia has authored a monthly article termed “From the Experts” in The Waste Advantage magazine, which is one of the largest in the waste and recycling industry. Reflecting Paglia’s firsthand experience in the environmental industry, the articles are based upon safety, best management practices, leadership and motivation.

For more information on this exciting promotion as well as more industry announcements, please contact John Paglia III at john3@floridaexpress.us.